Did you know that cities can go bankrupt, just like individuals or businesses? Watch the video and read on to see a chapter 9 bankruptcy attorney‘s explanation of what happens when a city goes broke.

Bankruptcy is largely associated with negativity, but it can actually be a chance for a reset. Cities that have had trouble providing public services, such as fire, police, garbage pick-ups, etc. 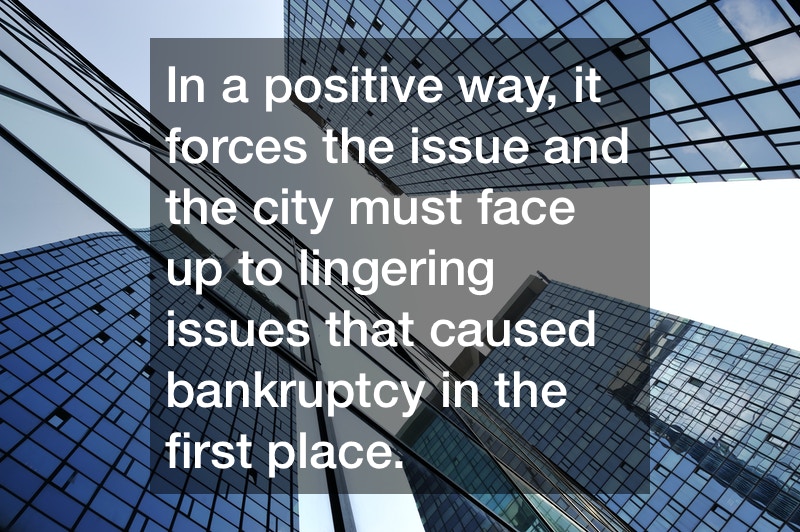 can hit the reset button and get back to work. In a positive way, bankruptcy forces the issue and the city must face up to lingering issues that caused bankruptcy in the first place.

The main concern is the citizens. People that paid taxes to the city, bought bonds, or used their 401k to invest in bonds need to get their money. Historically, bonds have been sold as a very secure purchase, so they need money back. This can happen through federal support, but to what degree is uncertain. It’s critical to address these individual bondholders, though, as equally as the city workers such as police officers and firemen.

Bankruptcy in run-down cities doesn’t signal the end of the world. However, citizens need to be looked at as equals to the managers of the city. Bankruptc